My daughter recently completed her high school AP art portfolio.  She had to do 24 pieces of art for her portfolio, 12 of which were along a theme.  She chose creation myths as her theme, and she wanted to do one piece of fiber art in the set.  She created this design, painted the needlepoint canvas, selected all of the fibers and stitch patterns, and stitched portions of it (with me providing some stitching heavy labor for her).  She picked all the framing.  We had so much fun collaborating on this piece together.  And as a bonus, she got a perfect 5/5 on her portfolio and earned college credit toward her architecture degree.  She is taking this piece with her to college. 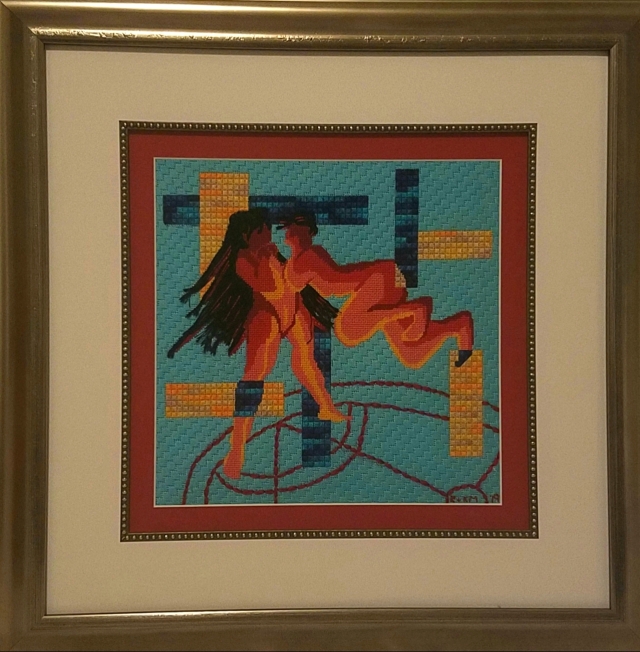 Our EGA Chapter does a year long stitch-a-long for both linen and canvas. I didn’t care for the linen SAL, so I chose the canvas project instead.  For the canvas SAL, it could be any autumn themed piece.  I chose this Autumn Square, which was a freebie from Laura Perin Designs when I ordered some other charts from her.  The piece itself was a very fast stitch and is roughly 3.75 x 3.75 inches completed.  I wasn’t sure what I wanted to do with it at first, but finally decided to make it into a needlebook & scissor keep.  I created the outside of the needlebook with some autumn themed fabric from my stash and stitched the needlepoint piece onto the front.  I added “pages” of wool felt and added a pocket for small scissors and labels for different sizes of needles.  I am very pleased with the results!  Thanks Laura for the beautiful design!

By requests, here are rough instructions for how I assembled the needlebook.  I haven’t had time to draw out diagrams, but will try to amend this in the future for clarity:

This sweet little piece of counted needlepoint, entitled “Memory Box”, was a gift to my sister-in-law this past Christmas.  It was designed by Kathy Rees as a fundraiser run by the National EGA to raise money for Alzheimer’s research.  It was originally designed in purples (in keeping with the Alzheimer’s Association‘s colors), but I decided to stitch this completely from my stash.  I love how it turned out, and it was very fun to stitch.  I finished it in a box from Sudberry.  I look forward to stitching more of Kathy’s designs. 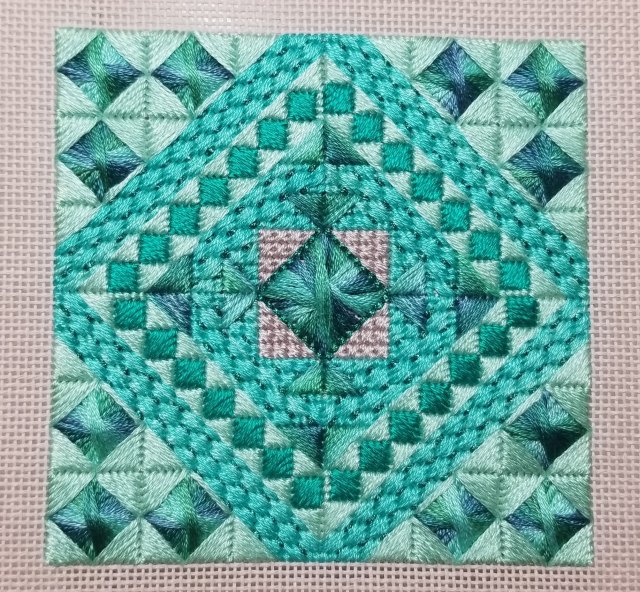 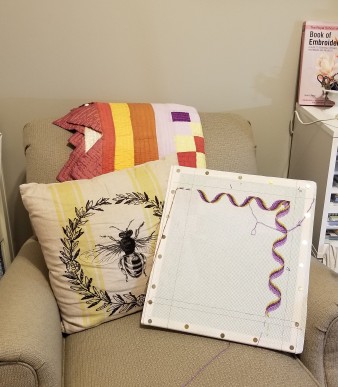 I don’t even remember when I did this piece of needlework . . . probably BC (before children).  I recall that the intent was a study in textures.  There are only two stitches repeated in this design, but the fibers vary from cottons to silks to wools to metallics, giving the piece a lovely variety in texture.  I keep this box on my desk at work to store post-it notes and other odds and ends. 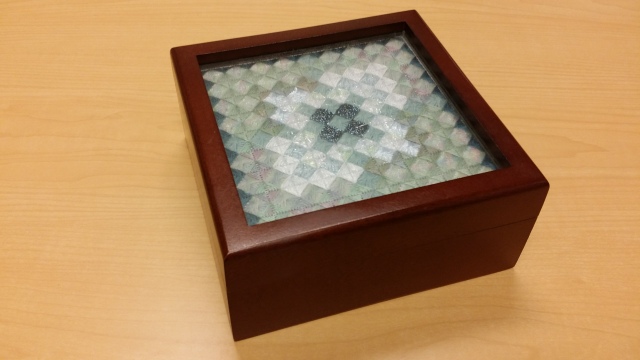 This is a mystery project that I did a few years ago.  The design is by Gay Ann Rogers, but the idea is that you pick your fibers and then mix and match options for each section of the piece. In theory, no two are alike.  I love how it turned out, and it was a fun piece to do.  I kept this piece for myself and it hangs in our bedroom. 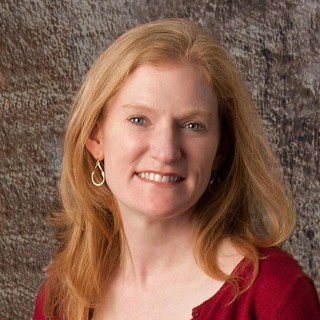